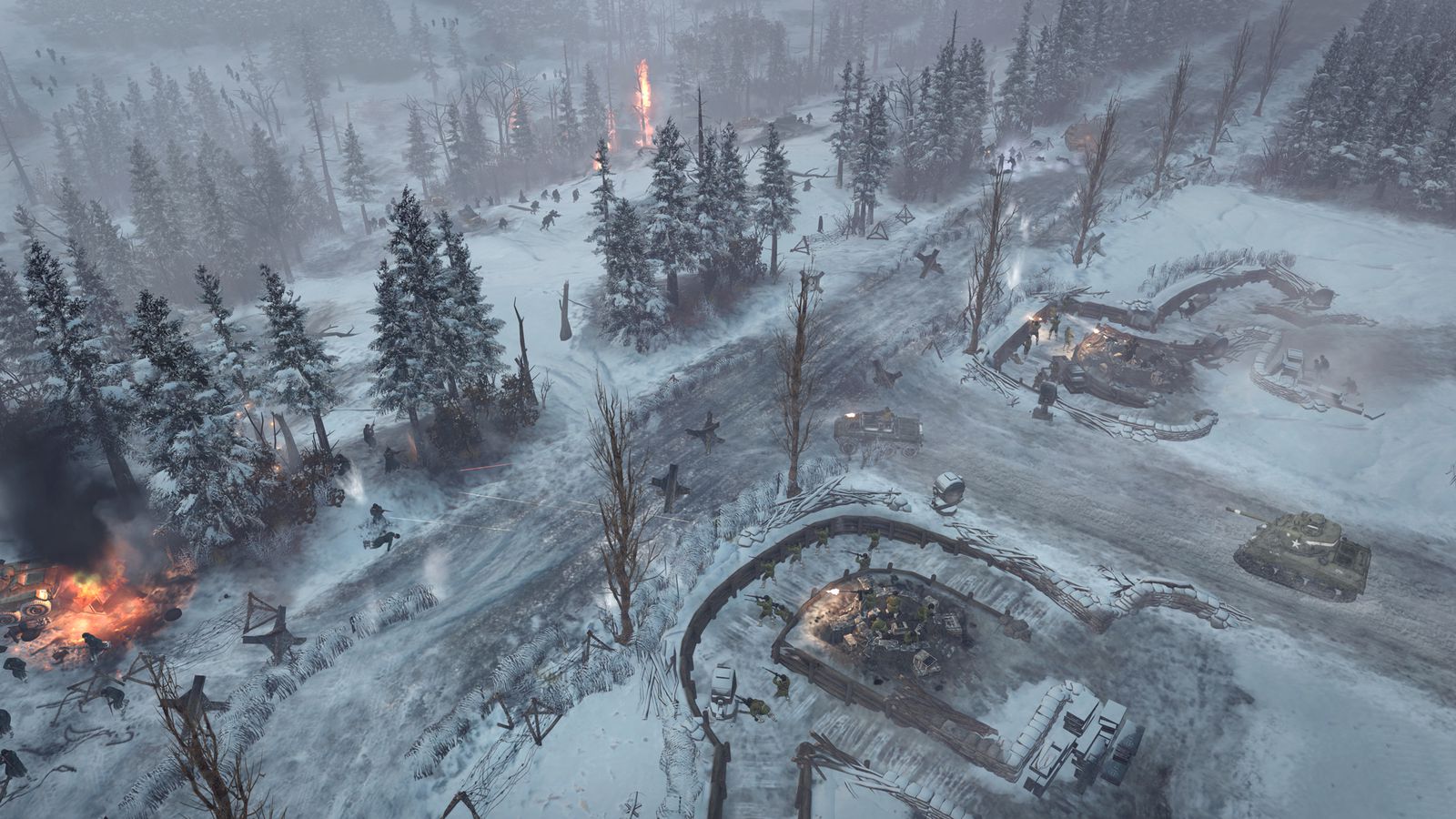 The next expansion for Company of Heroes 2, a stand-alone campaign called Ardennes Assault, will allow players to take control of U.S. army forces during a Battle of the Bulge siege against a resurgent German army – but developer Relic Entertainment maintains despite its political basis in history the game remains entirely apolitical in its treatment of the opposing German forces.

In Ardennes Assault, players take control of one of three U.S. Forces Companies, each of which features unit-specific officers and playstyles. Game director Quinn Duffy confirmed to Polygon that players will not be able to take control of the German Oberkommando West forces.

“It’s less of a political thing, it’s historical,” said Dunn in response to a question of how German fans have responded to this central focus on American Forces. Dunn adds there is still a chance we could see more campaigns from the perspective of German troops, however.

“It’s one of those things where we have this long term vision in the company to build something seen as the WWII platform where we’re continuing adding new new content and features. It’s sort of a new paradigm of games development, to constantly see new iterations of a game,” he said. “But if we find there’s a high demand for a German campaign then we’ll build one.”

Duffy acknowledged the studio’s relative lack of focus when it comes to offering playable German factions, referencing the 2007 release Company of Heroes: Opposing Forces as the last time the company offered a German-focused campaign.

Ardennes Assault will feature 18 missions where each decision will impact the story and the battlefield. Company upgrades and “Veterancy” bonuses will carry over across each mission, while players will only have a limited number of soldiers under their command meaning they need to play strategically to keep as many as they can.

The game is scheduled to launch on Nov. 18.

The best RTS campaigns on PC