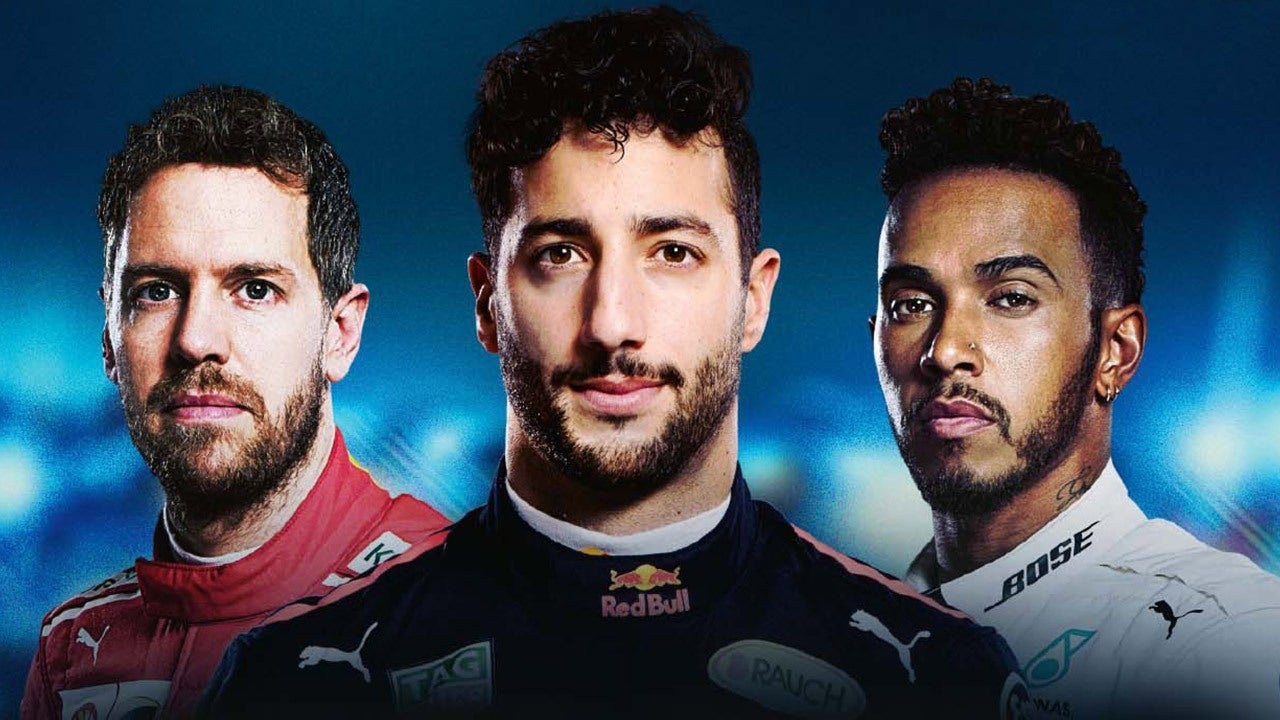 Over the past few years, Codemasters has quietly shaped its F1 franchise into one of the most superb sports series on the market. Today’s F1 games fuse a deep and rewarding racing experience with the same kind of supplemental reverence to a real-life sport that you get from the likes of FIFA, NBA 2K, or any other licensed bat-or-ball sweatfest. F1 2018 is easily the studio’s best effort yet, despite its increasingly stale look.Aside from seeing Liberty Media’s divisive new F1 logo wedged into as many places as possible (and all the titanium thongs bolted to the current season’s cars) you could definitely be forgiven for not spotting a huge number of immediate differences between F1 2018 and F1 2017. With no real changes to the UI it feels like slipping into yesterday’s pants: familiarity and ease at the cost of freshness.

The recycled look doesn’t harm the on-track experience, but it would have been nice to see some meaningful tweaks to the presentation to coincide with the motorsport’s first rebrand since 1987. Some reused menus and rehashed commentary are one thing, but the fact we’ve been seeing the same garage interstitials and podium celebrations for four years now (since F1 2015!) is a bit rich. I think the celebratory hugs in the garage after securing a World Championship are new, but after that all you get is a picture of a trophy and it’s back to work. It’s baffling to me how quickly F1 2018 rushes through the act of attaining the ultimate goal of Formula 1.There’s more granular trackside detail than ever before

These people-powered sequences do look better than they ever have previously, though. F1 2018’s humans remain a rung below the cars and circuits in terms of fidelity but they’re an instantly noticeable improvement on F1 2017, with far more realistic skin, hair, and facial animation.

Visual enhancements elsewhere aren’t quite as obvious – certainly at the speeds F1 cars tend to thread through these circuits – but they’re there nonetheless. There’s more granular trackside detail than ever before with pumped-up tree foliage, plus surfaces that better display their years of high speed abuse thanks to improvements to the lighting system. The spectrum of authentic lighting conditions in F1 2018 is great, from bright, blue days to low sun burning through the haze. Even gloomy, overcast conditions look fantastic as the sun struggles to beat through gaps in the grey clouds above. F1 2018 is an excellent-looking racing game, make no mistake.

Halo From the Other Side

The juicier changes in F1 2018 are its massaged career mode and AI improvements. The 10-season career mode plays out in a very similar fashion to the those in F1 2016 and F1 2017, but there are more layers to it now. There’s a new contract system to wrestle with, team morale to consider (and manipulate), and also the threat of all your research and development gains being dashed by regulation changes from season to season.

Throughout each season in F1 2018 your driver’s contract can be renegotiated and, depending on how well you’ve been meeting team goals and your overall value to the organisation, you may be able to propose extra perks. These include things like marginally faster pit stops, or speedier parts development, but whether or not your team will accept your terms is a mini puzzle game unto itself (you only have three attempts to push a contract through before you’re forced to accept your team’s original, lower deal). It’s a decent little flourish to inject into career mode to help illustrate your driver’s value and deliver handy bonuses to us for our careers.

Ferrari, huh? What’s the retail on one of those?

The performance parts R&D tree system is akin to the one in F1 2017 but the points you need to launch part development are awarded a little more liberally than they’ve been in the past – even if you skip the practice sessions. This is good because my interest in running the same practice programs on the same tracks as I did in F1 2016 and F1 2017 is wearing dangerously thin, but I still wanted to engage in the R&D system.

Morale in each of the R&D departments can be impacted positively or negatively by your responses in post-session interviews, which play out like more informal versions of the press conferences that long-term fans may recall from F1 2010. They’re a cute touch but the questions get pretty repetitive by the end of a 21-race season. The gameplay benefit of them is you can give your power unit team a lift by praising them on camera, or get your durability team buzzed by boasting about how much on-track torture the car can absorb. Increased morale means a slightly reduced chance of development failures, which are always a random risk when engineering new parts.

You can also dunk on elements of the car you’re not happy with by blaming your poor performances on things like deficient aero or a shonky chassis, but shaming your team on global TV seems counterproductive if you want things to improve and your car to get faster. I don’t know why anyone would bother selecting any of the obviously destructive answers. I like the idea of these first-person, RPG-style back-and-forths and their capacity to sell the race driver fantasy, but I generally felt like I was mainly just gaming the responses to buoy my engine team to lessen the chance of them botching the parts I keep asking for. It’s ultimately a little one-dimensional.

The spectre of incoming regulation changes towards the back end of the season is a better addition and adds an interesting wrinkle to F1 2018’s R&D arms race. Overall car development progress is much faster in F1 2018 than F1 2017 but regulation changes have the potential to wipe out entire segments of your team’s tech tree unless you spend points on adapting existing upgrades to keep them legal for the following year. The question becomes: do you pivot and exhaust your resources protecting your current gains or go for broke and try and outpace your rivals to snare the current championship, rolling the dice on where the regulation shake-up will leave your team on the grid next season? This big-picture strategy stuff is a great add-on.

Great too is the AI this year, which is skilled enough to create tight, hectic racing for antisocial single-player supporters like myself. AI drivers won’t swerve like spoilt brats to prevent you from passing on the pull down straights like some ill-disciplined human opponents but they will creep off the racing line to defend lunges into corners and they won’t hesitate to shut the door on you if you haven’t won the battle to the apex. If you’re far enough up alongside them they will concede the corner and yield you some racing room, but the AI demands the same respect from us. If they have the right to be there, they won’t back off. I came across a couple of instances where the AI got a little sheepish dealing with narrow sections of track in the wake of an incident or collision, but beyond that they were capable and tough competitors.

For multiplayer enthusiasts, F1 2018 introduces a long-awaited Super Licence system that’s intended to pit players of similar skill and racing etiquette alongside one another and hopefully separate the aficionados from the Maldonados, once and for all. Whether this genuinely cleans up the action for players who just want fun and fair racing is something we’ll need to observe post-release.

The 2018 F1 season added two tracks to the calendar and dumped Malaysia, meaning F1 2018 comes with 21 full circuits this year, plus four short courses. The returning tracks are Germany’s Hockenheimring (which was only absent for 2017) and France’s Circuit Paul Ricard (which hasn’t hosted a GP since 1990). The latter is a surprisingly flat track, snaking across vast slabs of asphalt. It’s like someone painted half a race track over an empty parking lot. Walls are often distant, so until I was familiar with the layout it was tough to spot the location and severity of several of the corners. The track ribbon itself is framed by an eccentric series of bright blue stripes but they’re not easy to see in a low-slung F1 car. Paul Ricard is a track I’ve only fleetingly encountered once before (in Eutechnyx’s Supercar Challenge way back on PS3) so coming to grips with it here in F1 2018 was a challenging highlight. It’s nice to a get a track that hasn’t been seen yet in Codemasters’ nearly 10-year run with the F1 franchise.

Codemasters has added a modest selection of classic cars to the garage too, most of which come from the ’70s. They join the 12 classic cars from the ’80s, ’90s, and ’00s returning from F1 2017. The 1976 Ferrari 312 T2 and 1976 McLaren M23D immortalised in the movie Rush are easily my pick of the bunch. Separated by over 40 years from today’s F1 sleds, the handling dynamics of these racing icons demand a completely different driving style. You can hurl them around in ways the current high-grip/high-aero cars won’t really tolerate and, to nobody’s surprise, they still sound infinitely superior to today’s V6 hybrids.The modern hybrids are still huge fun to drive, however, and the finesse, focus, and constant juggle of settings required to squeeze every ounce of performance from them is a satisfying battle

The modern hybrids are still huge fun to drive, however, and the finesse, focus, and constant juggle of settings required to squeeze every ounce of performance from them is a satisfying battle. The improved suspension modelling makes the cars feel more alive and connected to the track than ever, from the way they bobble over tiny bumps as they blaze down straights to the firm spring of a car recovering from an aggressive kerb hop.

Manually handling the ERS system adds yet another performance enhancement to cope with in real time on the track. The level of multitasking required to crank the ERS into OVERTAKE mode, stick the move, and then nudge the ERS back down before it completely drains is overwhelming at times, but high-pressure decisions made at 300km/h with your butthole three inches off the ground is all part of the fun.

Wrestling with this stuff is easier on a wheel than a pad (you can’t really steer and navigate the multi-functional display on a pad like you can with a wheel) but this kind of race management can be automated if it’s too much. F1 2018 remains both a malleable and accessible racer with plenty of driver aids to help less-experienced drivers have fun on track, as well as a rip-roaring sim that will flog you for your errors and embarrass you in front of your friends and loved ones if you ask it too. I tested F1 2018 with the Thrustmaster TS-XW Racer SPARCO P310 on Xbox One and a pad on PS4 and came away impressed with the feel of both.