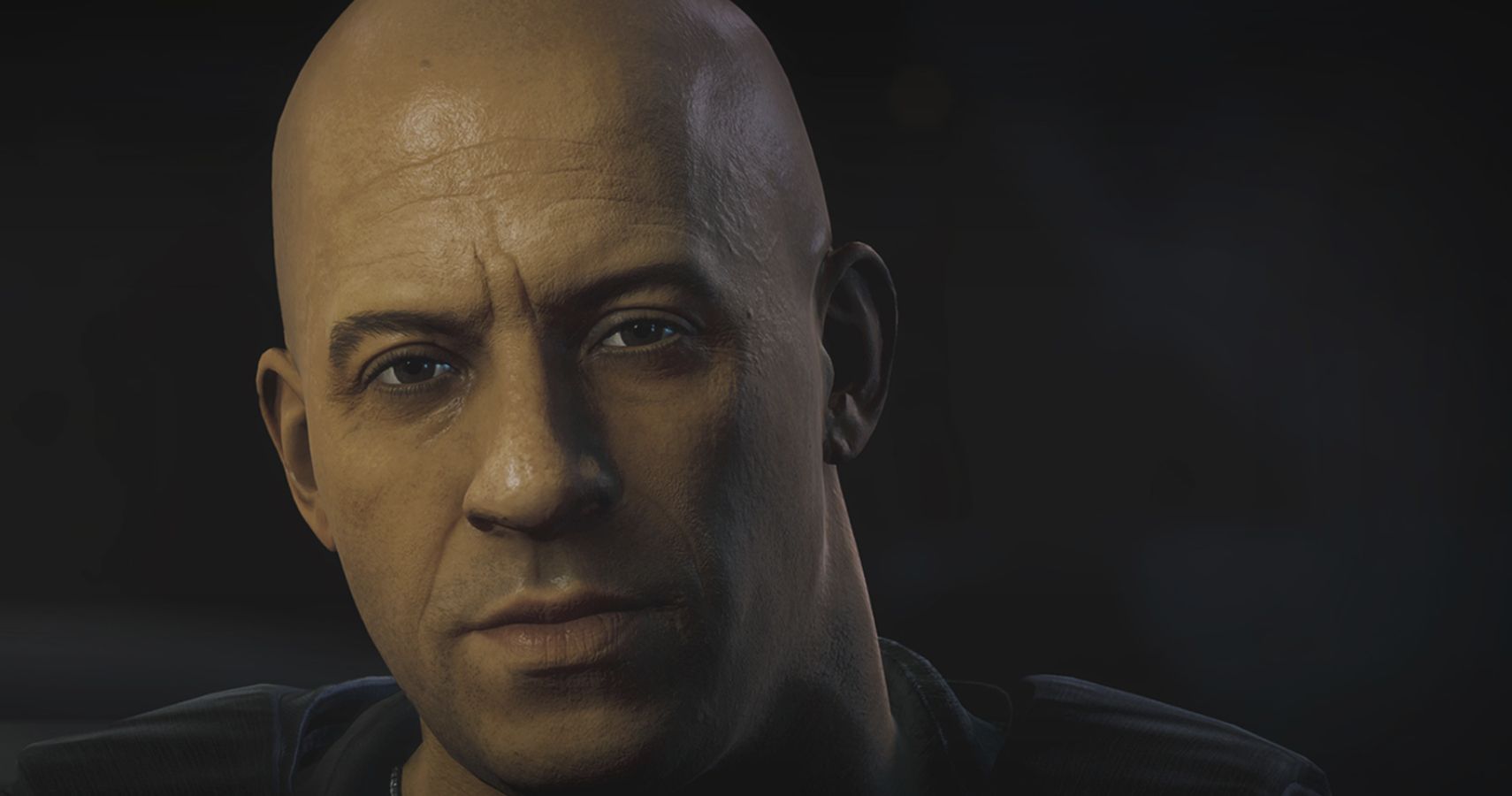 The movie tie-in game is a dying art. Back in the day, seemingly every big blockbuster flick was given its own obligatory cashgrab game – much to the chagrin of people who like things that aren’t generally terrible. Yet despite their (mostly) deserved black sheep status in the industry, I have a bit of nostalgia for those releases. Nowadays, movies are marketed with freemium apps and tie-in events in Fortnite, not given their own games.

Which is why Fast & Furious Crossroads is such a strange beast. Universal tapping the folks behind Project CARS to make a sort-of prequel to the delayed Fast & Furious 9 is a curious choice – and one that, on paper, seems like a bad idea. Why make a full, standalone release when slapping Dom and Letty’s cars into Rocket League or something would probably suffice? It’s a bit baffling.

Sometimes, however, the baffling ideas are the best ones. And so it is, against expectations, that Fast & Furious Crossroads is a surprisingly great driving game – taking the best elements of arcade racers, then spiking them with a shot of the franchise’s signature campy machismo for a fun and frothy popcorn movie experience.

Putting aside the narrative and multiplayer content for a moment, special kudos are in order to Slightly Mad for the solid mechanics on display here. Much like movie tie-in games, racing titles that aren’t made for car nerds aren’t really commonplace anymore. The Burnouts, the Split/Seconds, the Crusin’s – they’ve been drowned out by the painstakingly accurate engine roars of sim-style driving games.

Those sorts of releases are all well and good, but not necessarily what I come to gaming for. Sometimes, I just want to make a pretty car go really fast and jump it through a cataclysmic explosion. Lo and behold, Slightly Mad has answered my prayers, with what is one of the most accessible, immediately gratifying racing titles I’ve played in years.

The focus here is on recreating the franchise’s signature hi-octane automotive action with as few hindrances as possible. Driving controls are simple, and small mistakes aren’t punished so long as you’re not doing anything too stupid. The actual driving is supplemented with wild gimmicks, like hot-swapping between characters, firing missile salvos, and towing massive wrecking balls that send other cars flying. Laws of physics are treated as mere suggestions, and obstacles crumple like paper with nothing more than a lovetap.

Playing through both the game’s campaign and its robust multiplayer component, I found myself routinely comparing its mechanics to the arcade racers I grew up loving. They really don’t make ’em like they used to, and Crossroads is the closest I’ve gotten to recapturing the raw, giddy glee those titles filled me with.

Related: Fast & Furious Crossroads Is The Nonbinary Representation I’ve Been Waiting For

On the topic of “recapturing,” nowhere does this game shine more than its campaign. Speaking as a pretty big fan of these preposterously stupid films, the writing team went above and beyond the call of duty to make this feel like an authentic Fast & Furious experience. From the frantic pacing to the hammy dialogue – not to mention the presence of several cast members – this not only feels like it belongs in the main canon, but manages to outdo the previous two lackluster entries.

No, I’m still not over Hobbs & Shaw, thanks for asking.

Set in New Orleans, Crossroads tells the story of Vienna and Cam – lifelong friends who fled their fast-paced street racing life in America for a more peaceful one in Spain. But after Vienna’s boyfriend is murdered by the son of a criminal mastermind, the duo is forced to team up with Dom, Letty, and Roman to avenge him. Oh, and to save the world from a dangerous WMD. Naturally.

While I wouldn’t necessarily call this story “good,” it’s fun in the same way the movies are. The heart and soul of the Fast & Furious franchise is striking a balance between the sincere and the silly, the genuine, and the grandiose, and that’s exactly what Crossroads does. There are legitimately great bits of character development here, interspersed with macho cartoon heroics and hokey one-liners guaranteed to make you flinch. It manages to thread that delicate needle between heart and camp, and does so in a way that not only respects the source material, but builds upon it.

Sure, it ain’t high art, but that’s not why you come to these things. You come to see nice cars do dumb shit, and you stay for Vin Diesel saying “family” in soft, delicate tones. Seriously, that man’s voice could soothe an angry rhino.

A Nice Appetizer For F9

I can understand why some people might bounce off Crossroads. Its story is campy, its driving unrealistic, and its physics and graphics a bit on the wonky side. This is the furthest thing from a polished AAA experience, and it’s very clear that Bandai Namco isn’t marketing it much because of that.

But here’s the thing – I value creativity, fun, and focus over polish, to an extent. To me, Crossroads is bursting with those things. Yeah, it’s janky and a bit dumb, but what other game this year is going to let you chase a space shuttle through New Orleans? Or narrowly drift around the crushing blades of an excavator? Or take out a speeding train with missiles launched from the roof of a muscle car? Frankly, give me four or five hours of that instead of another forty or fifty-hour map game.

That’s why I mostly love Fast & Furious Crossroads. I do think there’s something questionable about it being a full-price release, and I do think the engaging multiplayer content (which I’ll detail in a separate feature) will likely die on the vine thanks to that. But what’s here is a sumptuous feast for franchise fans and adrenaline junkies alike – more than enough to whet your appetite for next year’s F9.

While sixty bucks might be a big ask for most, anybody who’s longed for a return to dumb mid-aughts car games, or anyone who broke down into heaving sobs at the end of Furious 7, will likely get their money’s worth from this one.

Plus, you get to play as Michelle Rodriguez. C’mon. What more could you want?

Doomguy Is Coming To Fall Guys, And His Arm Looks Like… A Different Body Part

Bella Blondeau is a lovable miscreant with a heart of gold… or so she says. She likes long walks in dingy arcades, loves horror good and bad, and has a passion for anime girls of any and all varieties. Her favorite game is Nier: Automata, because she loves both robots and being sad.

Read Next in gaming

The Last Of Us 2 Review Roundup: Scores And Opinions

How do you quit a game?

Vampire: The Masquerade – Bloodlines 2 may not release in the first half of 2021

The Legend of Zelda: Breath of the Wild Sequel