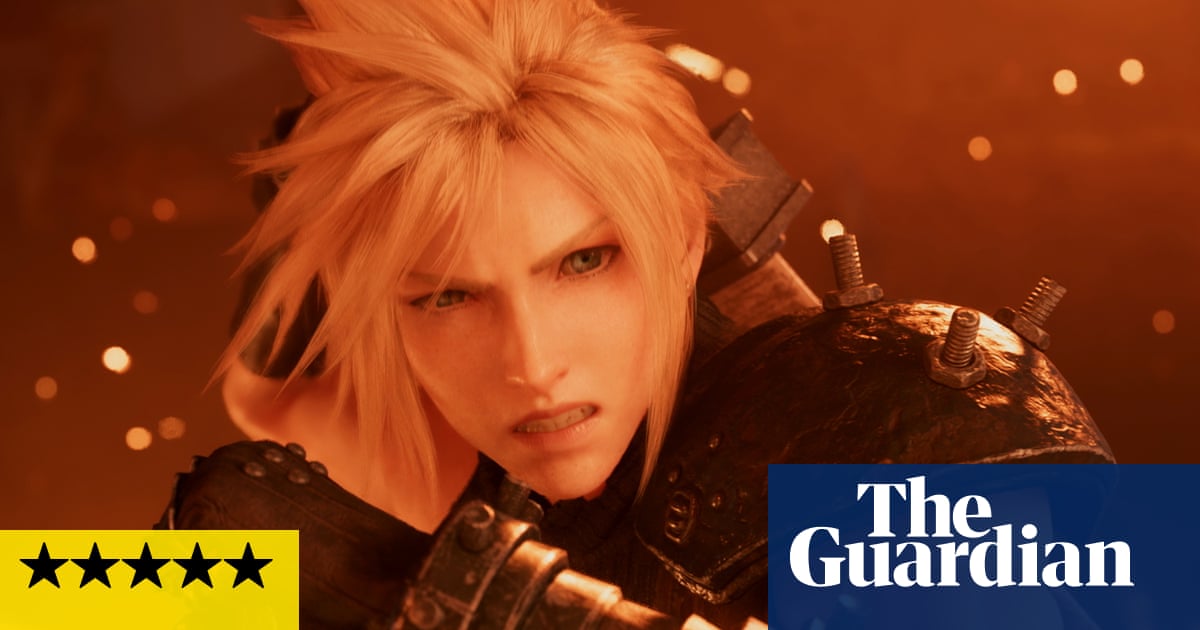 Modern remakes of classic films inevitably disappoint – but the opposite has tended to be true of video games. The technology behind them improves each year, so at the very least, old games can benefit from having spectacular new visuals applied to them. This remake of 1997’s Final Fantasy VII – often hailed as one of the greatest games ever made – goes way beyond a mere graphical makeover. Nearly a decade in the making, it expands and completely reimagines the original game, but crucially without losing its essence.

The opening mission, featuring ex-soldier Cloud Strife teaming up with eco-activist organisation Avalanche, is pretty much the only part of Final Fantasy VII Remake that is a scene-by-scene update of the original. Even that sequence showcases a much-improved battle system, which is uncharacteristically action-based for a Japanese RPG, but remains underpinned by the original’s turn-based system and supports the tactical depth for which the genre is known. You still have to wait for a recharge before using special abilities and items or casting spells, but you can always employ standard attacks, and dodge or block incoming strikes. 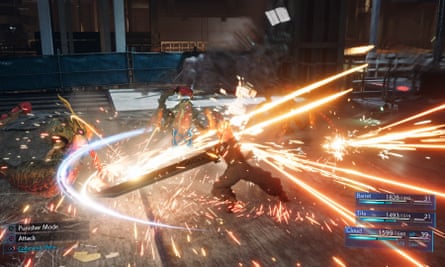 As the game progresses, the combat acquires extra layers, including so-called Limit Break attacks perfect for finishing off the more dangerous foes, and the ability to summon demons. The original game’s Materia system, which lets you attach different elemental traits to slots in your equipment, is more or less unchanged and brings a wealth of magic attacks and new special abilities.

Final Fantasy VII’s storyline was what elevated it to classic status and in the remake, Square Enix has greatly expanded this aspect. Narrative moments that were originally short sequences involving moving from one place to another have now taken on a more quest-like feel, which helps the game’s general coherence and improves the ebb and flow of the plot.

The original game’s eco-warrior theme felt progressive in 1997 and is more relatable now. The evil Shinra corporation is bleeding the planet dry of its lifeblood, called “mako”, and the rather naive Avalanche embarks on a campaign that involves blowing up its mako reactors, only to encounter a welter of plot twists before another villain emerges. 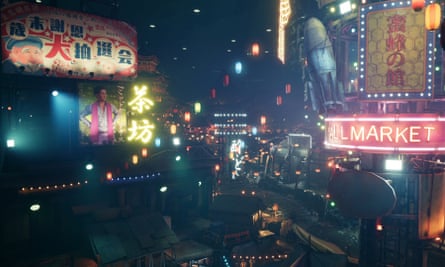 The universe of Final Fantasy VII has been fleshed out with open-world areas and new side missions. Photograph: Square Enix

Some super-fans have griped that expanding the story has caused the remake to become bloated, but the original story was often delivered in a rushed, breathless manner, and it now has time to unfold in a more detailed way, and the overarching story arc has been preserved.

Another major addition to the remake are the periods of open-world gameplay, in which Cloud and his sidekicks take on side missions in the slums of the mega-city of Midgar, after performing their main-story raids. As with any collection of side missions, they vary wildly in theme and quality, from the ridiculous to the worthwhile, but the opportunities they provide to embark on intimate explorations of previously unseen parts of the game world prove welcome.

As the game unfolds, Cloud assembles a shifting band of allies, many of whom join him in battle. They have complementary skills to the sword-wielding protagonist: Barret, for example, is a tank-like character armed with a machine-gun; Tifa a hand-to-hand combat specialist; and Aerith a staff-wielding mage. In combat, you can only control one character at a time, but you can switch between them, and even instruct characters you aren’t directly controlling to launch special attacks or use items on party members. Learning such techniques is vital to prevailing in the satisfyingly epic boss-battles.

As with other Final Fantasy games, a certain amount of cheesiness occasionally creeps in to the narrative. Some of the peripheral characters prove annoyingly one-dimensional, and too many of the villains are characterised by cartoonish evil laughs.

That said, Final Fantasy VII Remake elevates the original to new heights. It looks spectacularly good, but, more importantly, its gameplay has acquired a modern sheen without losing what made the game distinct in the first place. The insertion of new action sequences and the expansion of existing ones adds welcome variation, and it’s very meaty, too, with over 30 hours of gameplay on offer.

What you get here is only the first half of the original game – a second, concluding instalment will arrive at a time as yet unspecified by Square Enix. Remaking a universally acclaimed classic was always a fearful responsibility, but like its own sword-wielding heroes, Square Enix has risen to the challenge spectacularly.

The Last of Us Part 2 Review