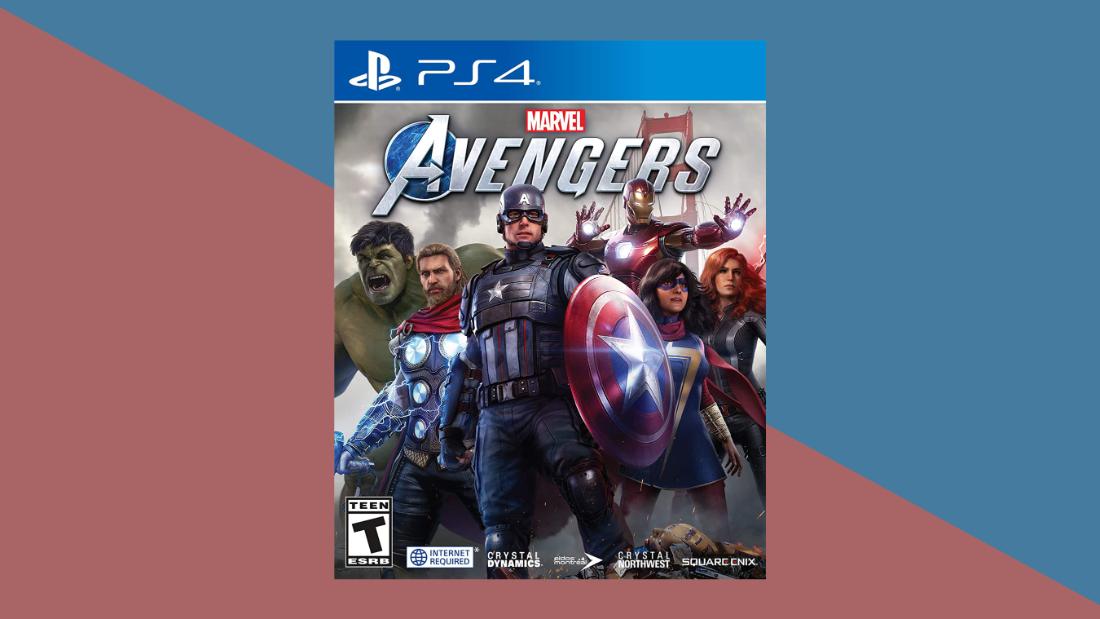 When it comes to superheroes, the Marvel’s Avengers are arguably the most popular group in the world.

Marvel’s motley crew may seem incompatible on paper (a huge green guy with anger issues, a rich man in a chrome power suit, the god of thunder, etc.),but when they come together, they make veritable music.

Having a blockbuster movie franchise and countless product placement deals and crossovers doesn’t hurt, either.

When powerhouse developer Crystal Dynamics joined up with Square Enix to create the “definitive” Avengers game in Marvel’s Avengers, gaming and comic fans were confident the pair could deliver a fantastic product — and the first really great Avengers-only game.

Now that the full game is here, it’s certainly safe to say that it’s accomplished most of what it set out to do.

Marvel’s Avengers is an interesting combination of an excellent solo campaign and a so-so multiplayer game that could honestly have been left off entirely.

Overall, it’s a fantastic offering for both comic fans and anyone looking for a lengthy, stylistic adventure.It makes good use of each Avenger’s individual powers and still leaves room for players to progress the way they want.

Though the game is called Marvel’s Avengers, you actually kick off the game as a young Kamala Khan, one of the biggest Avengers fangirls in the known world.

It’s a breath of fresh air to play as a hero who hasn’t had much time in the spotlight when it comes to the gaming world. If the prospect excites you, you’ll be glad to know that you actually play as Kamala quite a bit.

At the beginning of the game, Kamala has been chosen as a finalist in an Avengers fan fiction contest, and she’s created her own comic book chock full of the same kind of stories many fans of the troupe write.

She’s invited to a massive celebration that finds her being shuffled through a few fair-like areas built to honor the Avengers.

Kamala is a perfect surrogate for any Avengers fan, as she’s brimming with the kind of knowledge that enthusiasts like to spout at every opportunity to prove how much they remember about the heroes.

The game gives you plenty of opportunities to learn more about Kamala in this way, as she checks the fair for comic books she needs to enter a VIP area.

But then, caught up in the action, Kamala witnesses a harrowing event (A-Day) that changes the way the public views the Avengers and superheroes for, seemingly, the foreseeable future.

A-Day reveals the Avengers struggling to fight off a terrorist cell that crashes the party.In the confusion, Kamala is able to get to safety, but the game shifts focus to the Avengers themselves.

They make their way over to the Golden Gate Bridge, which is teeming with terrified people looking for a way out of the situation.

There’s a brief introduction to each Avenger to get acquainted with how they play, but ultimately, this section acts as a way to introduce the downfall of the Avengers, so you’re not as shocked when it’s time to get back to Kamala.

Five years after the events that rocked A-Day, the Avengers have been publicly denounced and disbanded.Kamala finds herself with powers of her own and takes it upon herself to get the Avengers back together. 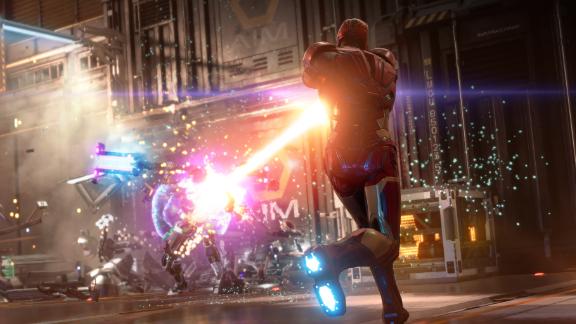 Though much of the time you’ll play as Kamala, who has the power to enlarge her limbs — imagine huge fists to punch you, enormous feet to kick you — you’ll also play as all of the Avengers.

The game is primarily third-person action, with bits of many of your favorite blockbusters woven in for good measure. With that said, you’ll eventually jump back into the Avengers’ shoes.

You’ll notice that these versions of the superhero team look nothing like the celebrities you may be used to seeing play them in the movies.

This is one of the game’s biggest detriments, as the heroes look like generic versions of characters who are so popular and well known that these feel decidedly off brand.

It feels like not much attention was paid to making the characters look the way fans would expect, and it shows. It’s just not good.

It’s hard to get over at first, especially since they’re voiced by popular actors in the gaming industry, like Nolan North, Troy Baker and Laura Bailey.

But luckily, since you’re usually seeing most of them from the back anyway, it becomes less of an issue the longer you play.

Playing as each of the Avengers feels good, which means you look forward to playing as them (especially since Kamala’s huge hands and whatnot look unsettling).

While all of the characters are controlled the same way, they all feel unique and different. It’s an impressive feat, to say the least.

Out of all the Avengers, you spend the most time with the Hulk, either in his souped-up form or as Bruce Banner, who acts as something of a mentor to Kamala.

It’s a good thing, too, because the Hulk is the most exciting member of the group to play as.

He may be slow and lumbering, but you get such a rush from crashing into things and absolutely obliterating enemies that you barely notice the speed issues.

Meanwhile, Thor is a second favorite, as swinging around his hammer, Mjolnir, feels exactly the way you’d hope it would.

He’s the closest analog to characters like God of War’s Kratos, and his abilities to knock enemies out and toss them around feel quite empowering.

You’d think Iron Man would be one of the most fun members of the group to play as, but even with all his fancy tricks such as jetting through the sky and his sarcastic attitude, he’s just not the most exciting.

He’s a great choice for airborne attacks, outfitted with energy beams, and rockets hurtling through the air.

But this game is all about getting into close-quarters combat and feeling your fists connect with baddies.

Captain America is rife with powerful melee attacks, and his shield can do some serious damage.

Throwing his shield makes for some hilarious moments, but you must fight with precision if you want to cause the most trouble for enemies.

Black Widow is typically the least compelling of the Avengers, given that she has so few remarkable abilities.

But she’s used to great effect in Marvel’s Avengers. She’s quick, agile and great with landing blows. She’s the kind of sprightly that you don’t want to see when you’re on the losing side, and that was refreshing. 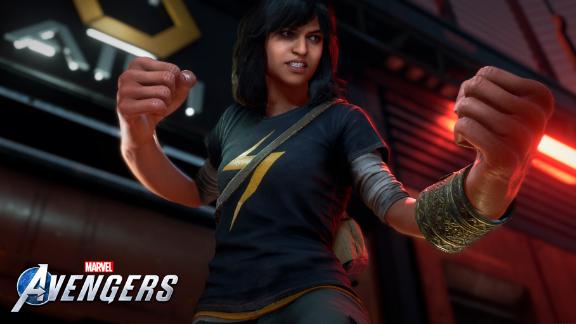 Finally, playing as Kamala is the strangest experience of the entire group. Her massive limbs feel good to land punches and kicks, but the visuals are totally odd.

Check out other games on Marvel

She’s still fun to embody, as her infectious personality makes her one of the most enjoyable characters in the game.

If you’re not interested in playing the campaign, you can jump straight into the Avengers Initiative. It isn’t the optimal choice, but it’s there if you don’t want to see the story play out and would rather hop into the multiplayer option instead.

However, this mode is nowhere near as engaging and in fact feels a bit tacked on.

You’re mostly encouraged to play a variety of set missions while collecting trinkets, and it’s just not as interesting as the main story, because you have no drive to complete your objectives.

If you have friends to play with, it can be exciting, but otherwise it feels like a bit of a waste. 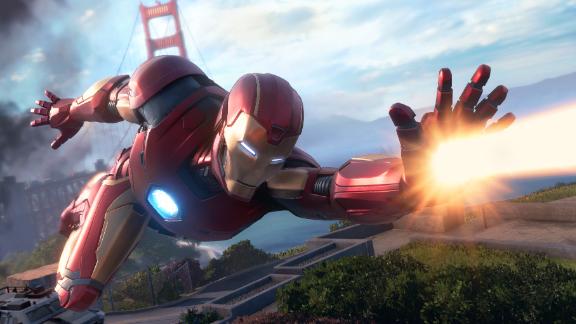 Back in the single-player game, there’s more to be done than just bashing skulls as your favorite heroes. You also need to sift through a variety of skill trees if you want to upgrade the Avengers.

Over the 10- to 12-hour campaign, you get a variety of skills and unlocks to play around with. It’s exhilarating to collect abilities and skills, but what isn’t exciting is the fact that the game is clearly heavily invested in its games-as-a-service structure.

As you round up the Avengers once more, you establish a base that you can use to buy additional items from, as well as complete extra team missions and daily challenges. It’s here that the game effectively turns into a grind.

Much like Destiny, you’re tasked with raising a power level. There are cosmetic options like skins to unlock, and so many items to customize your character with that it’ll make your head spin.

Unfortunately, changing the cosmetics on your heroes doesn’t reflect the change in the game.

With a game that’s all about collecting items and using them and being encouraged to buy more, this is pretty infuriating. It’s also irritating that cosmetic skins are as pricey as they are.

If it weren’t for the great single-player campaign gameplay, it would be hard to recommend the game. Luckily, you can ignore these things pretty easily and have a fun time with your favorite heroes. 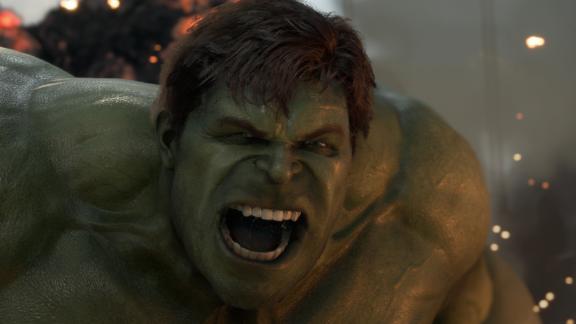 In the end, Marvel’s Avengers is a well-crafted adventure that fans are likely to love.

It certainly has its hiccups, with its excessive items to collect and a grind nature as well as a disappointing multiplayer mode, but it’s also exciting to watch the story play out, especially through Kamala’s eyes.

For anyone who’s ever wanted to be a superhero, for all its issues, Marvel’s Avengers is still a game well worth your time.

The Last Of Us Part 2 Spoiler-Free Review

Starcraft II: Legacy Of The Void

Everything you need to know about Back 4 Blood: Release date, Microtransactions, and more