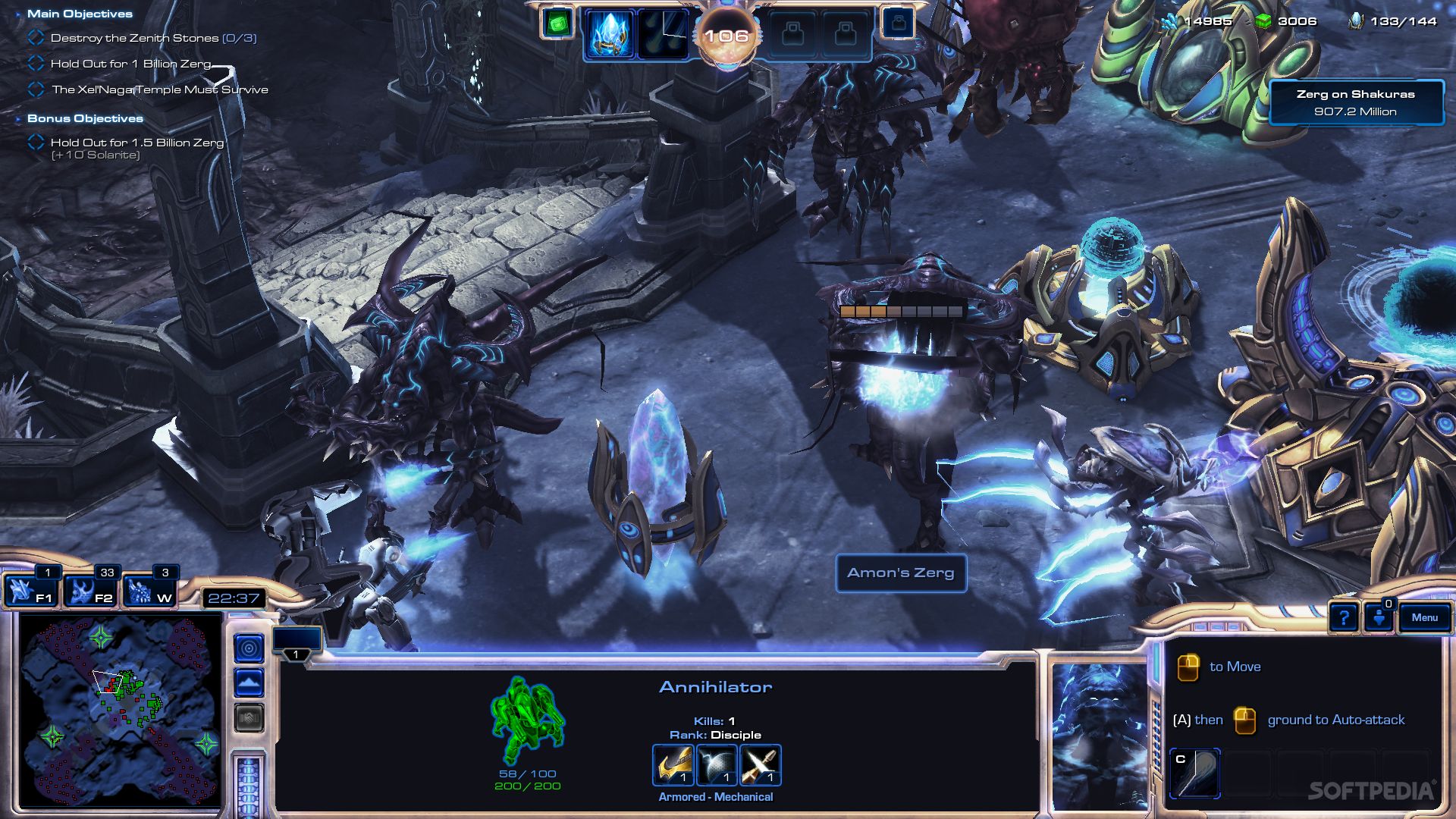 Starcraft 2 – Legacy of the Void represents the ending of an era, and the entire real-time strategy genre might never be the same ever again.

The new standalone expansion ends the saga that focuses on Kerrigan, Zeratul, Raynor, Mengsk, Artanis and their races while trying to extend the lifespan of the multiplayer by adding units and tweaking some of the core mechanics.

Blizzard has clearly poured a lot of love into the new content on both sides, but this is a package better suited for long-term fans than for those who just now discover the franchise.

When it comes to the single-player, the story is too convoluted for someone who has not experienced the narratives centered on the Terrans and the Zerg.

In multiplayer, high-level play requires hundreds of hours of practice, which means that new fans will have more fun competing against friends and watching streams to see how the experts plan and execute their moves.

Starcraft 2 – Legacy of the Void is supposed to end the core narrative of the second installment in the franchise, although more missions have already been announced for 2016, and that means Blizzard is under pressure to offer interesting fates for all the core characters.

The focus in on the Protoss, and that means gamers will have to spend a lot of time with Artanis, who has to work with the limited resources that his race has left to stay alive and find a way to defeat Amon, the dark voice and presence that seeks to corrupt all the universe.

Despite the tidy recap that the game offers, the story of the series is by this point very complex, layers upon layers of betrayals and reconciliations that are linked to the deaths of millions of beings on all sides, but Blizzard manages to walk a relatively fine line between space opera and kitsch.

The overall narrative wobbles here and there and pushes on the strength of the personality of the main character, but the developers once again make each single-player mission feel unique despite the fact that the game never leaves the RTS space.

Starcraft 2 – Legacy of the Void also delivers some impressive cutscenes, and the virtual acting is again of the highest caliber, with the Spear of Adun sometimes offering more tense moments and more interesting resolutions than an episode of Battlestar Galactica.

The epilog that Blizzard has created will be unable to satisfy all fans of the franchise, but the standalone expansion feels like an improvement on both Wings of Liberty and Heart of the Swarm.

Starcraft 2 – Legacy of the Void is a very classic real-time strategy, played from an isometric perspective, which asks gamers to carefully manage resources and control individual units to reach a variety of victory objectives.

The core mechanics are instantly familiar, and the game does a great job of introducing units and enemy threats as the campaign progresses, building to a crescendo where the Artificial Intelligence will challenge the player, especially on higher difficulties.

“Starcraft 2 is a game that requires careful mixing of units and plenty of micromanagement, and Blizzard designed each of the missions with unique twists that will force gamers to adapt their tactics.”

I tried to be aggressive to secure as many secondary objectives as possible for each mission, but that’s not always an option on Brutal difficulty, where more careful moves tend to win the day.

The single-player campaign play is very different from skirmish and from multiplayer, but it offers gamers a simple way to discover the units and the tactics associated with them before facing tougher challenges.

I liked playing through the story in Legacy of the Void, but the ideas powering it, while well tweaked by Blizzard, are getting old, and another entry in the series needs to deliver much more innovation to remain interesting.

Starcraft 2 – Legacy of the Void does not shine in the graphics department, with the engine that Blizzard uses finally showing its limits, but the series has a unique style that fits both its themes and its bombastic characters, which seems to get bigger in their armor as the story moves forward.

The cutscenes created by Blizzard are still spectacular, and the battles themselves are filled with effects and movement, even if it’s often hard to follow what’s happening when two big armies clash.

When it comes to voice acting, Legacy of the Void offers a lot of growly tones, and it’s sometimes tiring to follow the conversations between the lead characters, especially when they tend to pontificate about the fate of the universe.

The music and the battle sounds of the most recent Starcraft II release round up a solid presentation, and Blizzard even allows gamers to mix in songs from the first installment in the series into the soundtrack.

Starcraft 2 – Legacy of the Void does wrap up the story of this second installment in the series, but most of the community will get it to experience the changes that Blizzard is making to the multiplayer.

The new units and tweaks will have a long-term impact and will help create a new meta-game that will affect both amateurs and those who are playing the real-time strategy competitively.

The Protoss receive an Adept and a Disruptor, which give them more deception options and firepower against massed enemies while the Terrans can use the Cyclone and the Liberator, with the Zerg having access to a Lurker and a Ravager.

The setup for match starts is also tweaked, with fewer resources and more workers offered, which should create games with more choices and early action.

To give multiplayer fans more options, Blizzard is also adding daily automated tournaments, which have no entry barriers, and a new set of cooperative missions are targeted at those who are more interested in working with friends than in fighting them.

Archon mode is also part of Starcraft 2 – Legacy of the Void, allowing two players to control the same side to deliver improved performance and matches with added tension. 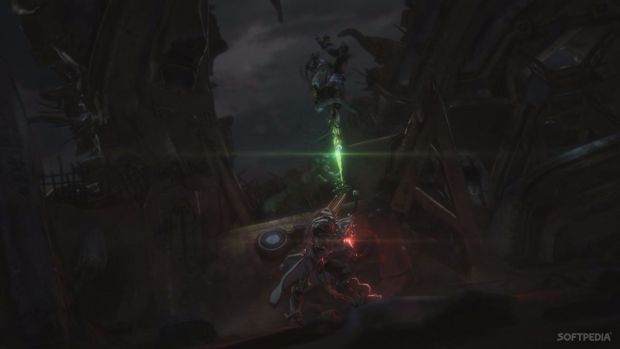 Blizzard has said that the new feature is supposed to bring in new players, giving them a simple way to play with veterans before venturing out on their own.

The launch of this second standalone expansion is a good moment for newcomers to jump into the player-versus-player action because there are changes to the core mechanics that mean the playing field is a little more level.

But Starcraft 2 has been at the forefront of the eSports space for so long that someone who has not played it before needs to read guides, take out the AI quickly and efficiently, and then practice with merciful friends before jumping into the fray to prove themselves.

Starcraft 2 – Legacy of the Void is best described using the words that Blizzard makes a character utter relatively early in the campaign: “It’s technology is ancient, yet highly advanced.”

The phrase manages to capture the way the developers at Blizzard have kept the series fresh, by mining the classic ideas of the real-time strategy genre while seeking to mix them with innovative approaches.

For Legacy of the Void, the words also nicely encapsulate its relationship with the game engine and the structure of the campaign and multiplayer modes, both of which are as old as the franchise itself but still offer gamers plenty of surprises.

Starcraft II deserves its place as one of the most influential releases of the past five years, and this Protoss-focused chapter manages to deliver a fitting end to its core narrative while opening up the multiplayer in some interesting ways.

Why is StarCraft II still popular ?

The Last Campfire Review – One Step At A Time