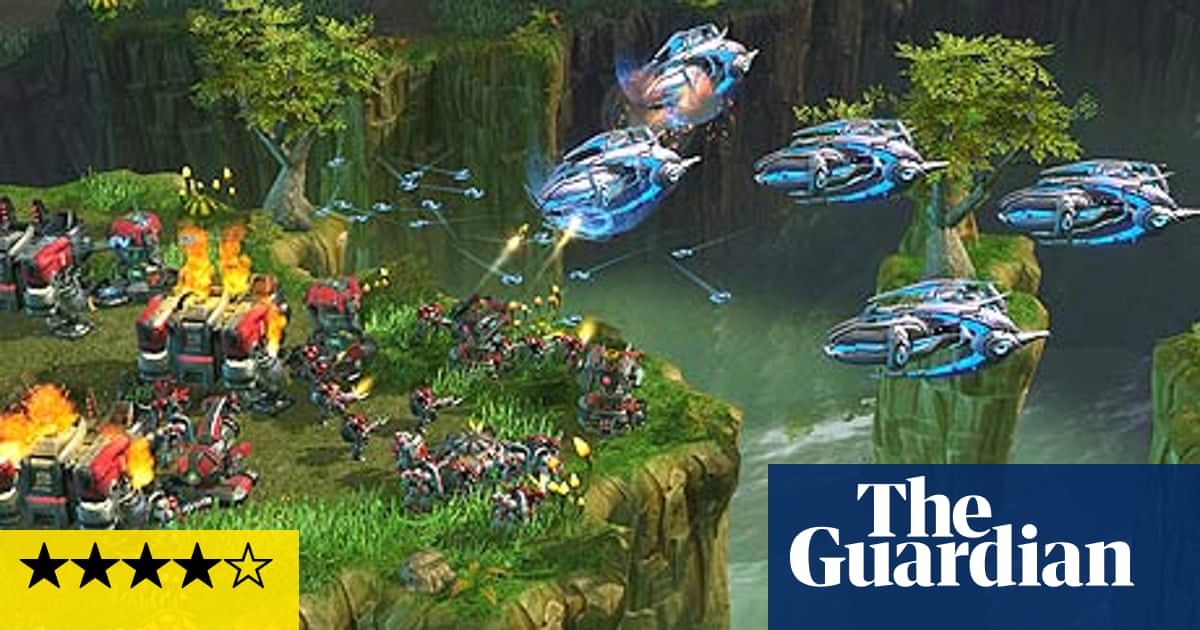 With the exception of Duke Nukem Forever, this is surely the longest we’ve ever had to wait for a video game sequel.

The original Starcraft came out in 1998, long after Command & Conquer, and it quickly captured a massive fan base by virtue of featuring three very different playable races rather than the usual two. This was a far cry from the formula of simply replacing Allied buildings, units and characters with Soviet or Chinese ones to differentiate between campaigns.

Twelve years on, much has changed. Starcraft II looks amazing, and every level is crammed with detail – from clunking cranes to bubbling lava and passing wildlife – which all adds to a palpable realism that makes the likes of Command & Conquer 4 seem sterile and bland. There are also interactive cut-scenes, set in various space stations or bars where the Firefly-style steam-punk characters interact; or you can hire mercenaries, play arcade games and choose between weapon upgrades, including those of the other two alien races.

The one thing that hasn’t changed is that perfect balance between the capabilities of these races, weapons and strategies. In the levels where you’re up against both alien enemies, you have to think hard about which defenses to deploy and which units to target first in the frantic firefights that ensure.

Crucially, Starcraft II has been designed as an online game, so much so that you can’t play it at all unless you’re logged into your Battle Net account. Online is also the only place you can fully explore the capabilities of all three races, either in co-op mode or up to eight-player skirmishes, which also explains the basic look and feel of the game. The close-in perspective, with levels crammed with choke-points rather than the vast open spaces of the original, makes for a more frantic, linear experience that single players will find restrictive.

Take it online, however, and a different set of maps ensures skirmishes as compelling as most FPSs, with automatic searches for fellow players taking less than two minutes and a useful non-ranking phase to determine your abilities for future match-ups. We’ll see how the new Battle Net 2 pans out over the next few weeks, but the early signs for a busy and highly competitive community are promising.

Undoubtedly, single players will bemoan the rush-focused dynamic of the online game and cheated at having to wait another year or so for proper AI storylines/campaigns for the other two races. It’s also a shame that LAN games are no longer supported in favour of allowing you to team up with your mates through Battle Net. However, none of this should detract from a game that is amazing to look at, riveting to play and, once the online culture takes root, another landmark that will redefine the RTS for years to come.

Review: DOOM Eternal – This ‘Impossible’ Port Is Nothing Short Of A Miracle