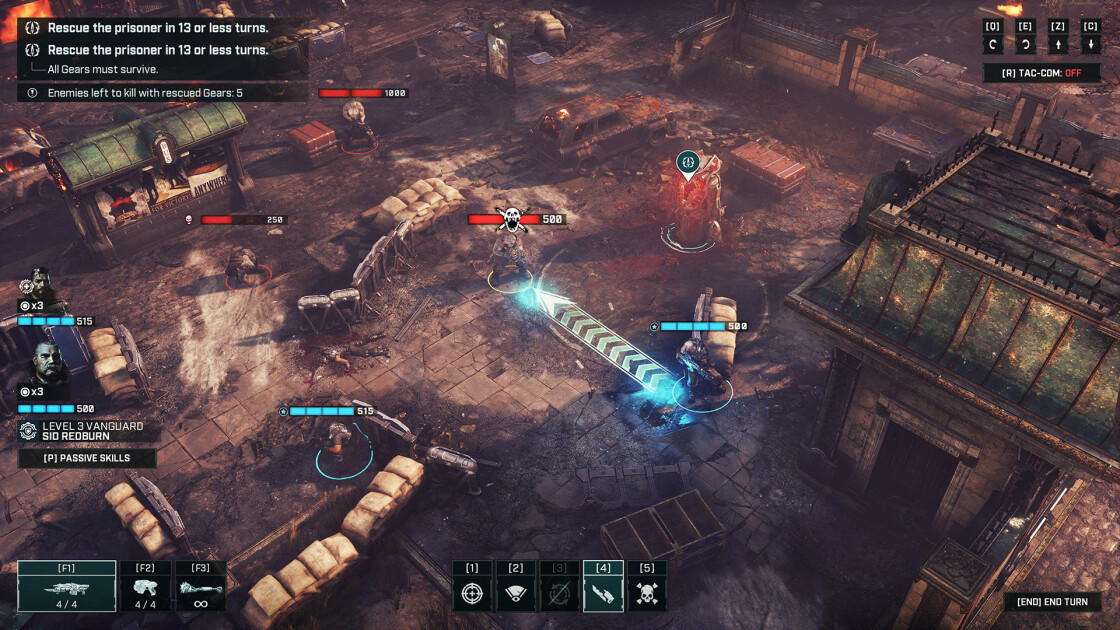 Sometimes twitchy video game genres, such as fighting games and shmups, don’t provide the kind of challenge you’re craving. Fast-paced, action focused titles have their place, no doubt, but every now and then you need the exhilaration that comes with squashing enemies with your brain. That’s when strategy and tactics games prove appealing.

There’s a fine line between the strategy and tactics genres. Strategy games typically task you with managing all battle aspects, such as harvesting energy sources and building bases or troops. The StarCraft games are excellent examples. Tactics games, on the other hand, typically focuses on maneuvering troops and other combat elements. Gears Tactics represents the category well. The games in either category can operate in a turn-based or real-time fashion.

But enough talk—it’s time to play some games. These are the best strategy and tactics titles that PCMag has reviewed.

For decades, the Battlestar Galactica property has thrilled sci-fi nerds, with both the original 1978 series and the 2004 reboot achieving cult classic status. The Black Lab Games-developed Battlestar Galactica: Deadlock sets itself on ground left relatively untouched by either series, inserting you into the throes of the first Cylon war.

The turn-based tactics game puts you in command of the entire colonial fleet and the disposition of its forces. Though some tactical elements occasionally feel unbalanced, Deadlock does justice to the franchise by delivering incredible space battles and intriguing lore.

Mainline Gears of War games are cover-based shooters that put you in the boots of muscled soldiers who defend humanity from the mutant horde called the Locust. Miraculously, Xbox Game Studios’ Gears Tactics—the franchise’s first venture into the turn-based, tactics genre—preserves many series hallmarks, including wild melee executions, cover-heavy environments, and waves of overaggressive enemies.

Once you familiarize yourself with your units and resource production, it’s just a matter of building the right troops for the job at hand, whether that means capturing enemy bases, defending your own base, or surviving the enemy waves. Halo Wars 2’s simple design makes the RTS experience accessible for both newcomers and veterans, but the game doesn’t do much to invigorate the genre besides adding the esports-friendly Blitz mode.

StarCraft II: Legacy of the Void

The third and final StarCraft II expansion is a fantastic conclusion to Blizzard’s real-time strategy saga and a great entry point into one of the most complex, but satisfying games ever made.

Unlike the previous StarCraft II expansion, Legacy of the Void doesn’t require you to buy any previous versions of the game to play this package. It’s completely standalone. Factor in a varied single-player campaign, gorgeous cinematics, and new noob-friendly co-op modes, and you’ll see that Legacy of the Void is one of the best PC games of all time.

StarCraft II: Legacy of the Void (for PC) Review

Gas Powered Games’ Supreme Commander 2 probably doesn’t deserve the word “supreme” in its title, but then changing the title would defeat the purpose of making a sequel. Not that this game isn’t a fine follow-up to the 2007 original, but it’s definitely aimed at a broader (and less patient) audience.

With much of the micromanagement minutiae reduced or removed entirely, Supreme Commander 2 is more of a garden-variety real-time strategy title than a proud member of a distinctive series. Still, it’s a lot of fun if you can accept the gameplay changes.

On the surface, Treachery in Beatdown City appears to be a strict homage to classic beat ‘em up games from the 1980s and 1990s. However, the brawler’s menu-driven, tactical combo system and biting urban satire reveals a game that’s radically different from what’s come before it.

Developed by Nuchallenger, Treachery in Beatdown City is a fun game that requires you to use your brain to battle the way through the gentrification elements that plague a fictional city’s streets, but its pace may prove too slow for traditional beat ’em up fans. Tactics fans, on the other hand, may dig it.

The Last Of Us Part 2 Spoiler-Free Review