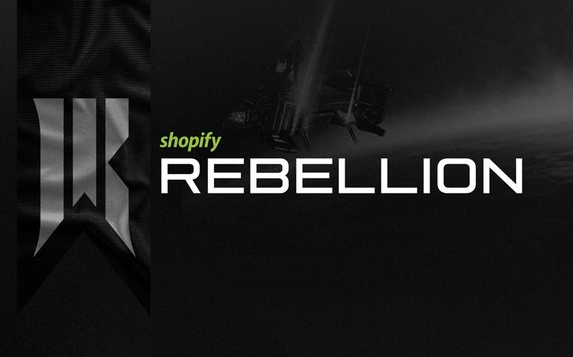 Ecommerce colossus Shopify has unveiled its own esports organization. Shopify Rebellion has recruited some top-tier StarCraft II players, including 2016 world champion Byun Hyun-woo and Sasha “Scarlett” Hostyn, the first woman to win a major tournament in the esport. Along with teammate Julian “Lambo” Brosig, this weekend they’re competing at IEM Katowice, the final stop of this season’s ESL Pro Tour.

Announcing Shopify Rebellion esports team. Starting with Starcraft2 because of course we do. ️️ https://t.co/fMORrLLePO

The company might expand to other games in the near future, according to esports and gaming consultant Rod Breslau, but it’s no surprise that it’s starting out with StarCraft II. Shopify founder and CEO Tobias Lütke is a long-time StarCraft and esports fan (and occasional Twitch streamer) who has donated to tournament prize pools. He seemingly took inspiration from the game while building his business.

In September, retired StarCraft II pro Dario “TLO” Wünsch announced his new role as Shopify’s esports program manager, and it appears we’re starting to see the fruits of his labor. “We want to take a deep dive into what makes esports so great; the human stories that are told in-game and off-screen,” he wrote in a statement. “What better way than to begin this journey than with three legendary players, playing a game so historically important for esports. After all, it is arguably the game that started it all.”

Even though the StarCraft II esports scene is still very active, Blizzard is no longer making new content for the game — it will only add season rolls and balance fixes in the future. The studio said in October it would take a step back to consider the future of StarCraft. Perhaps it will have some news on that front at its virtual version of BlizzCon, which starts today.

It’s a rare honour to be there from day 1 of the ideation and inception of a team. It is with great pleasure that I can finally announce The Shopify Rebellion entering esports. https://t.co/bEuenhGIhF

Don’t expect Vampire: The Masquerade – Bloodlines 2 until the second half of 2021

Destroy All Humans! review: an A+ remaster of a B+ game