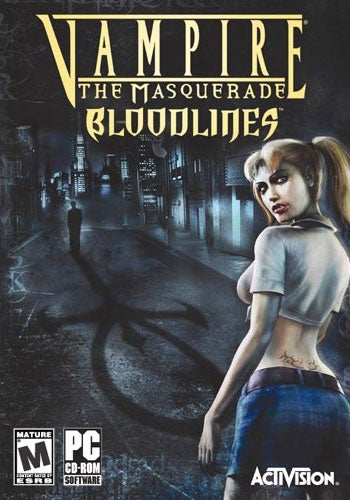 Most of us who’ve been gamers for a while are familiar with the history behind Troika, which was formed from key members of the Black Isle group that made the Fallout, among other talented individuals. With high hopes, we dug into Arcanum, and many of us found it slow to get going and visually unimpressive, although it was rewarding in the long run. Temple of Elemental Evil apparently suffered from being pushed out the door a wee bit early. Therefore, the anticipation for Bloodlines isn’t nearly as high as it could have been, in an ideal world where every game went out the door polished to a high gloss. It’s unfortunate, because Bloodlines is a true RPG that hearkens back to Fallout and its Baldur’s Gate brethren, while providing the impressive visuals of Valve’s Source engine. The story is rich, the world is deep, and the heart of the RPG pumps strongly in its veins.

Bloodlines is set in White Wolf’s Vampire: The Masquerade

universe, where vamps, werewolves, demons, and other fantastical creatures are alive and well but keep their profiles below the public eye. Not only that, but these creatures are responsible for molding the history of the world, the public part of which is just a tip of the iceberg of their centuries-long machinations. You’ll start out as a member of the Camarilla, which comprises approximately half of the 13 clans purportedly descended from Cain. In this universe, the Camarilla officially position Cain as a myth, while the Sabbat, the bad guys, believe he was their forefather but violently oppose the near-mythical group immediately descended from Cain–the Antediluvians.

I’m probably getting some details wrong, but the point is that the Masquerade universe has a complex backstory and the game does a great job of easing you into the role of a Fledgeling. During the fairly frequent but reasonably short loading screens, you’ll be treated to bits and pieces which, by the end of the game, help to give you a sense of the big picture. The bulk of your understanding will come from in-depth conversations with the other characters in the game. Or, of course, you can choose to ignore it and just do your thing. 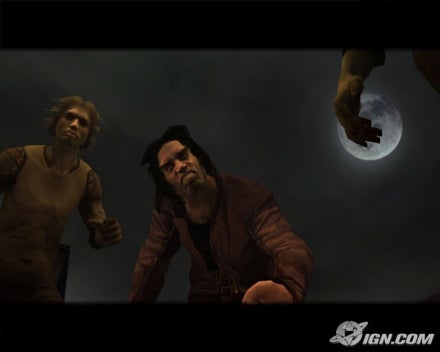 And herein lies the beauty of Bloodlines: choice. You’ll get to pick what looks to be any of the Camarilla clans, and each one has a very different inherent skillset. The Tremere, who stole the secrets of vampirism ages ago, are very good with blood magic but have a cap on their physical combat abilities. The Toreadors and Ventrue are very good socially, but are similarly handicapped in combat. The Gangrel and Brujah, however, are beefy warriors but not so good at a cocktail party.

Experience is gained not through killing beasts but from completing a quest, although the two may coincide. You’ll get a few points to distribute among your favored stats, and believe me, you’ll spend more than a few moments pondering your choice. As with the Fallout S.P.E.C.I.A.L. system, there’s no way to become good at everything, although I would recommend putting points into combat, as it is unavoidable. You’ll also want to consider lockpicking, which can give you a shortcut around some tough areas, or computer hacking, which you can use to open doors, unlock safes, and disable various security measures, thus making your life a little easier. Suffice to say you have a ton of options for character development.

And what’s great about having all of these options is that it can become a very different game depending on what you choose. You’ll have separate abilities for intimidation, seduction, haggling, and so forth, allowing additional dialogue options. Just outside your apartment in Santa Monica, for example, is a well-dressed guy who has no quests to give you or things to sell you. If you didn’t have high enough intimidation, you’d never know that you could shake him down for cash and even convince him to give you his fancy watch. You won’t be able to talk your way through the game, but you’ll get plenty of amusement from the imaginative threats and cheesy come-ons.

Review: Doom Eternal: The Ancient Gods Part One is a frustrating expansion that offers little variety