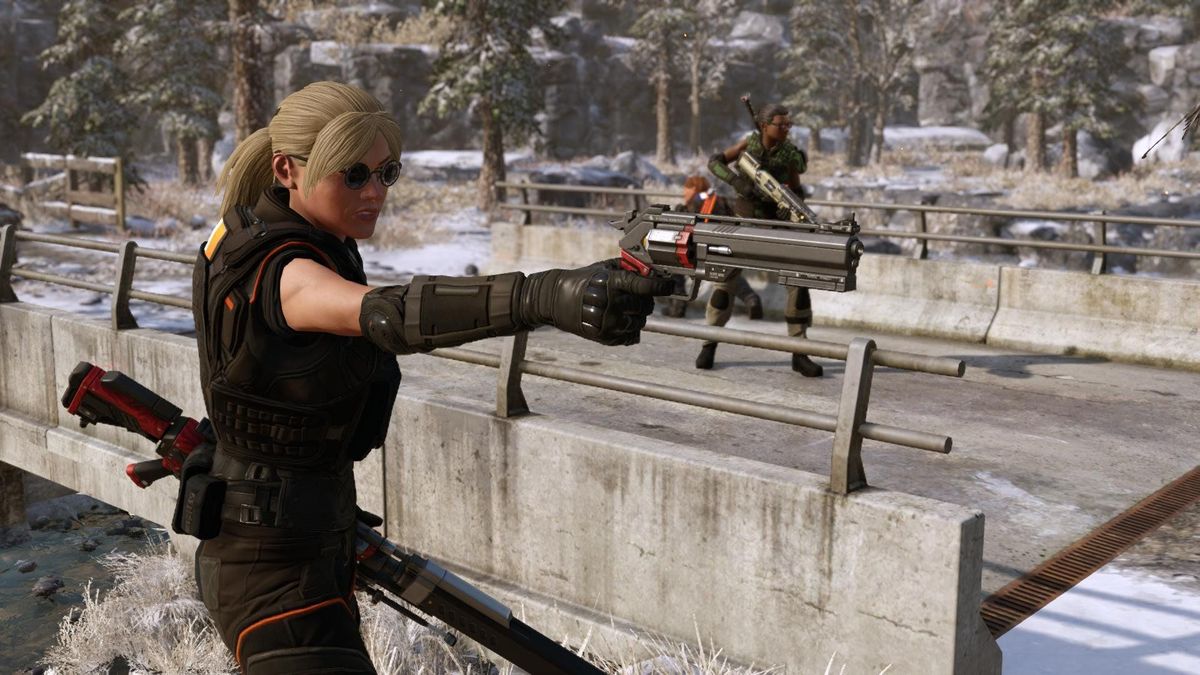 Deep inside your flying base is a bar dedicated to fallen soldiers. It has a list of each soldier’s name, time of death, and the operation they died in. It’s a trigger for dark memories. Reading down I remember one soldier crushed to death by a giant snake, another burnt to death in a ruined office. Another shot dead then psychically resurrected to fight her friends. Operation Dismal Window was a bad day for rookie Neel Mehra. Sergeant Flynn Hudson bit the dust in Operation Half-Eaten Tears. If it wasn’t obvious from XCOM’s ominous naming convention for operations, this is a tough gig. But these are the heroes you’ll remember when the lasers stop. These are the fallen stars in this gruelling, outstanding strategy game.

Humanity seems doomed from the outset in XCOM 2. The game assumes you failed in your attempts to repel the alien invasion in Enemy Unknown. Now Earth’s citizens live a coddled life under the totalitarian control of the aliens and their co-opted soldiery, Advent. The resistance lives on only in the form of a few determined soldiers, scientists and engineers who have managed to repurpose a huge alien ship, the Avenger. This is your home.

A detailed cross-section of the vessel lets you zoom into rooms to initiate research and building projects. A central cluster of rooms can be cleared out to build new facilities, and on the bridge you access the Geoscape, a map of the world that lets you choose where you want to park your spacecraft.

To fight back, you must expand your reach from your lone starting territory by contacting nearby resistance groups. Time is frozen on the Geoscape, but when you park over an objective—make resistance contact; acquire resources; contact the black market—you activate a timer and spend precious days to claim it. This is nerve-racking. At any moment your scans can be interrupted by an alien attack, or a mission that will let you attack the aliens. You can choose to ignore some of these, but it’s not wise. Missions net you important resources, give your soldiers a chance to gain experience, and counter ‘Dark Events’—varied alien initiatives that, among many options, can half your income for a month, or send an interceptor out to hunt The Avenger.

Just describing the strategic layer doesn’t capture the rhythm of success and setback that makes it so gripping. The game cleverly uses scarcity of opportunity to force you into difficult dilemmas. At any one time you might have only six possible scan sites, while combat encounters are largely meted out by the game, but what you choose to do with this narrow range of options matters enormously. You need to recruit new rookies; you need an engineer to build a comms facility that will let you contact more territories; you need alien alloys to upgrade your weapons. You can’t have all of these. You can probably only have one. In 1989 Sid Meier described games as “a series of interesting decisions.” XCOM 2 is the purest expression of that ethos that Firaxis has yet produced.

Brilliantly, you even have to scan to collect your monthly cache of supplies, hidden in the landscape to escape alien detection. I have left supplies on the ground for a week because I needed to recruit an engineer. I needed to hit an alien base to reduce the Avatar Project count—a doom clock that is very bad news if it maxes out. I needed Advent corpses to get a vital armour upgrade. I needed a cup of tea because it was all getting a bit too much. This narrow series of opportunities fits the fantasy perfectly. You take whatever you can get. You’re scraping food and fuel out of the dirt to keep The Avenger in the air.

The moment the timer freezes during a scan, I stop breathing. There’s a notification screen you have to click through to find out what is about to try to kill you—I swear this is intentional, to let the sense of dread register for a second or two. If you’re lucky, it’s the council getting in touch to give you a thumbs-up and tell you they’ve dropped some sandwiches for you in South America. If you’re unlucky you’ll be faced with XCOM 2’s equivalent of Enemy Unknown’s Terror missions. Dubbed Retaliation, these once again ask you to rescue civilians from the battlefield while the aliens’ best troops try to annihilate them. I have to steel myself for every fight, knowing that a bad performance could ruin my plans.

You take whatever you can get. You’re scraping food and fuel out of the dirt to keep The Avenger in the air.

Combat is turn-based, and takes place on procedural battlefields that are uncannily well generated. Only once have I seen a truck spawned partly into a wall. For the vast majority of battles the terrain is busy, interesting, and benefits from a huge leap in visual fidelity from Enemy Unknown. The snowy forests, slums, city centres and alien bases are varied both in decorative assets such as sleek futuristic cars and fluffy trees, and in the vertical variation provided by cliffs and multi-storey buildings.

They blow up nicely, too. I’ll commonly grenade a wall to remove cover and offer my soldiers highchance shots at a target. To my surprise, I also discovered that soldiers running around above ground level can fall through the floor if they’re in a burning building. Explosions can start fires that propagate, blocking floor tiles. One of my grenades started a fire next to a terminal I had to hack. Sending a soldier to stand in that fire and hack the console was not one of my finest XCOM moments.

The four soldier classes have been revamped. Enemy Unknown players will recognise the suppressive heavy weapon capabilities of the grenadier, and the sniping ability of the sharpshooter, but both can access new abilities that alter their jobs. The sharpshooter’s gunslinger skills, earned by levelling up, can turn them into an effective mid-range pistolier who can take out multiple enemies in style, while the grenadier can improve the explosive potential of their grenade launcher, effectively merging Enemy Unknown’s heavy and support roles in one class.

The other two classes are less familiar. The specialist has a drone, which can move around the battlefield to heal allies, zap enemies, or hack alien comms towers, and also has robots to disable or even temporarily steal units. The ranger fills the speedy, close-range role formerly occupied by the assault class, but they have a sword for high-risk, high-damage charge attacks, and therefore win. They can also pursue the scout skill track, which lets them strike very effectively from stealth.

Stealth is new. You start most battles incognito, and can freely move around the map without being attacked, as long as you stay out of the red detection range of enemies, lingering civilians, and watchtowers. By putting most of your units in overwatch—the staple XCOM move that gives your soldiers free reaction shots against movement in the enemy turn—you can set up deeply satisfying ambushes. With my trap primed, I use my sharpshooter to break stealth and get a near-certain kill shot on the most dangerous enemy. As the alien mob scatters, their movement activates fire from the rest of my team. The camera swoops between them as they open up, shredding the enemy in glorious slow-motion.

Once concealment is broken, life becomes much more difficult. Successful shots are dictated by chance rolls, and you secure favourable odds by staying in good cover and flanking. A poor move or a stroke of bad luck can wipe out a soldier, or take them out of action for days. Time-limited objectives to hack a terminal or rescue/assassinate a VIP in a certain number of turns force you to be reckless. What’s more, all alien variants, bar the lowest tier of enemy soldier, have the capacity to be incredibly disruptive. The lowly Sectoids of Enemy Unknown are all grown up, and can mind-control your troops and resurrect corpses.

I won’t ruin the surprise and horror of the more advanced alien troops, but a couple left me in despair after a massacre, wondering if I had the soldiers and the ability to go on. I slowly fought back. I recruited new troops, built new technology, got better at the game, and was left elated, feeling I’d conquered a impossible task. Strategy games just don’t normally feel like this.

There’s more you’re better off discovering for yourself, like the weapon mods, extensive troop customisation, Psi-ops warriors, exo-skeletal suits and the story, told over a series of special missions. I can find little to criticise. The camera occasionally wafts through walls in close-ups, there’s sometimes a lengthy pause before the character you’re watching acts. A lack of foreknowledge in your first playthrough will hurt your ability to plan, too, forcing you to be more reactive, though the constant flow of new enemy types and story missions makes up for that. Thanks to your varying starting position, procedural missions and tactical depth, XCOM 2 can and should be played repeatedly.

I already have plans to build a proper unit of psychic soldiers, and a stealthy all-ranger scout squad in my next run. Those aliens won’t know what hit them.